I was recently challenged by an Instagram cake collaboration to create a cake all about texture. I was tempted to just layer every possible texture I could think of onto a cake, but, after seeing a Target ad (of all things), I was inspired to go in a different direction. 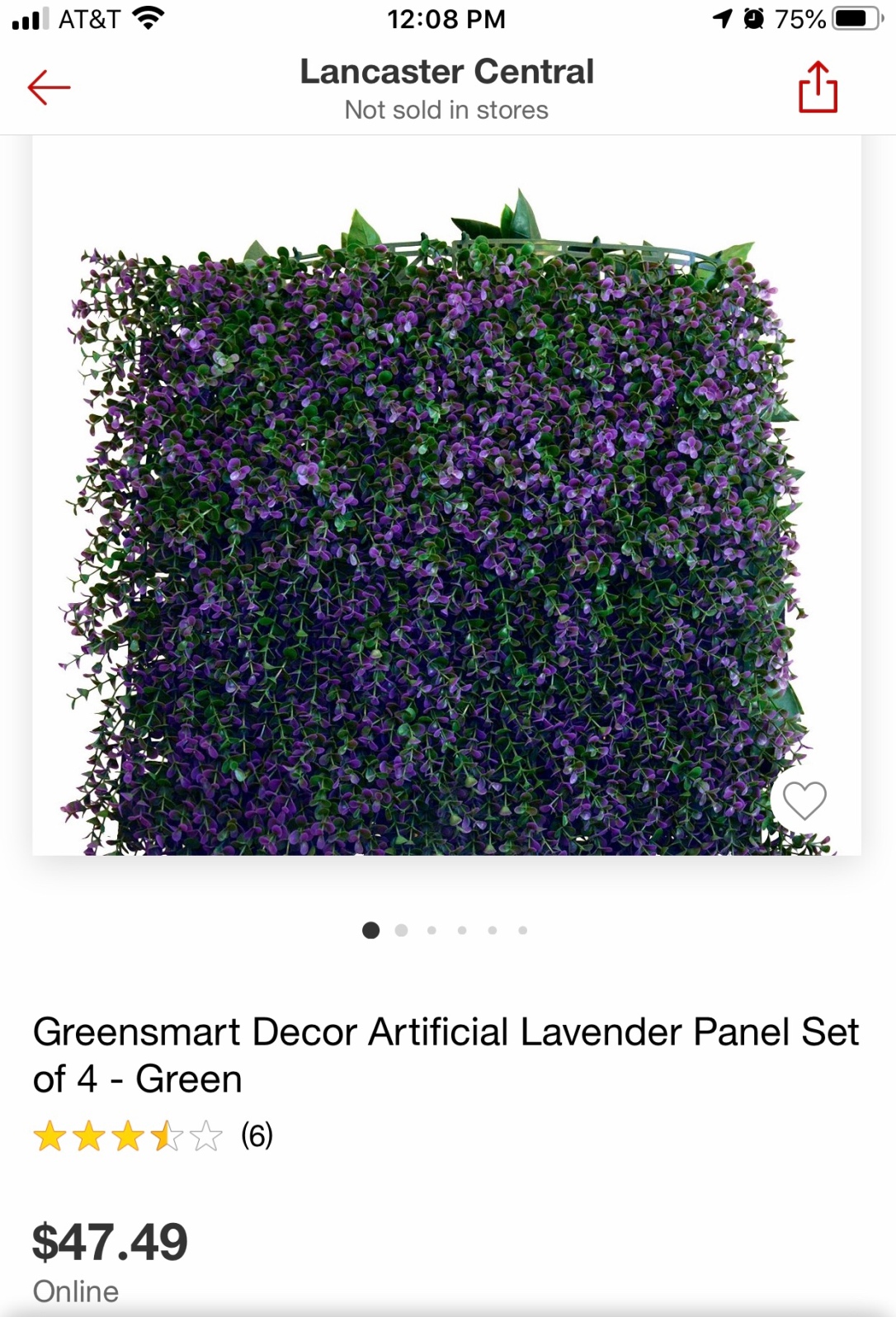 The ad was for a piece of faux flowers and greenery sold by the square. I believe they are meant to be bought and put together to create large decorative panels for events. For me, it inspired an idea to create a texture with a lot of depth and complexity. I wanted to cover all sides of a square cake with flowers and leaves in a way that felt like it had movement. To do this, I used a combination of buttercream, wafer paper, rice noodles, and fondant.

I created the flower stems first by taking rice noodles, soaking them in room temperature water, and then laying them out over a SilPat draped on a rolling pin. I was concerned about the rice noodles being able to support the weight of the flowers, so for my first batch of stems, I soaked just a small amount of the noodles in water dyed with Americolor gel. I soaked them just long enough to get them apart and slightly flexible. After drying on the rolling pins (to give them a slight bend), I made a test flower and stuck it on the end of a stem to see if it would break. It didn’t. Huzzah! 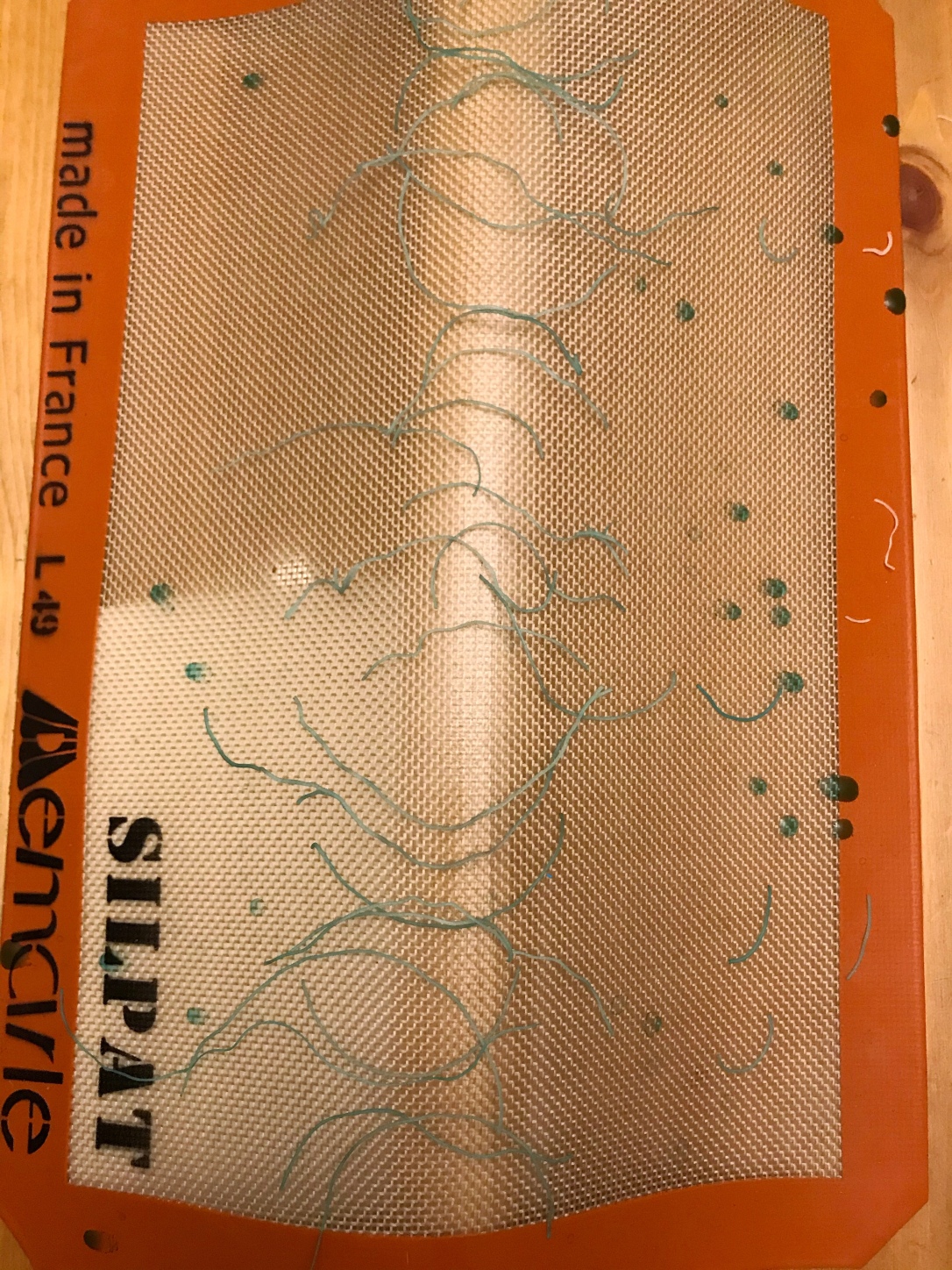 The next night I decided to soak my noodles longer. My first batch hadn’t straightened out much, because they weren’t super flexible when I removed them from the water. I found that soaking them longer gave them much more flexibility. I also did not dye my water the second time around because I felt the first batch hadn’t taken the color very well. For the second round, I waited until they were dry and then painted them with gel color mixed with vodka. The problem here was, when I was painting them I realized the second batch was much more brittle. I was concerned about this group holding the weight of the flowers, but decided to go ahead anyway.

The flowers were made with fondant and a two sided flower mold. I love these little flower molds because they give your flowers a front and a back, so you have the realism without having to sculpt them yourself. I molded myself a bunch at a time and laid them all upside down on a cutting board. Then I stuck a rice noodle stem in the back of each and let them dry for a few days.

I then cut many many leaves out of wafer paper and painted both sides of them with vodka and gel color, and let those dry as well. To assemble, I frosted my square with green buttercream and piped large leaves on all sides with a Wilton 366 tip. Then I stuck in my wafer paper leaves, followed by my flower stems. I left the stems as long as I could because I wanted to give them a very bouncy, realistic feel. This is where I had some trouble because of my brittle stems. The stems that had not been soaked as long were fine, so if anyone tries this on their own, I would recommend not soaking too long. I think it washes away too much of the starch and leaves the noodles more prone to breakage. I was still able to get enough in there and, since I wasn’t moving the cake much, it worked out in the end for me. Any flowers that broke off the stem completely, I just stuck them onto the piped leaves at the end, which gave a nice varied height to my design.

I was so happy with the texture and movement of this cake. Whenever anyone walked by, the flowers would gently sway as if they were nodding in the breeze. And the combination of different materials created a lushness that just made me want to reach out and touch it. I can’t wait to play with texture in future bakes!